Hit enter to search or ESC to close

CMMS and the energy sector

Nowadays, it is important to promote the use of renewable energies as phenomena such as climate change, deforestation and ocean pollution are increasingly present. The challenge is how to take advantage of the natural elements to produce energy without polluting or damaging the planet. Spain is one of the leading countries in the European Union in terms of renewable energy.

According to a study by Red Electrica: "This success in the management of renewable energies has meant that around 40% of electricity production in Spain is of renewable origin, and has been achieved through the use, since the beginning of the 21st century, of some of the components of what we now call the new digital systems

To achieve the EU's renewable energy targets, digitalisation will be a key and decisive factor. Spain currently ranks 14th in the EU-28, with 16.2% of demand covered by renewables, which is below the EU average of 16.7% and 3.8 points below the 2020 target.

There is still a lot of progress to be made, but it is encouraging that more and more people are concerned about it and that benefits everyone:

Numerous studies have shown that companies that manage their carbon footprint effectively outperform those that do not.

Indeed, investors are seriously considering the environmental impact of companies as an important criterion in their portfolio selection. They now impose environmental performance targets and rules on organisations. Companies must have a clear and established environmental attitude. Those that do not show any investment are seen as having unsustainable practices

By monitoring the operation and performance of a company's plant components through a CMMS, problems can be identified before their results are reflected in the energy bill. The data obtained from the CMMS allows the identification of overhaul and repair needs, as well as the development of a preventive maintenance programme to ensure consistent system performance.

Nothing better than a CMMS to fight against energy waste! 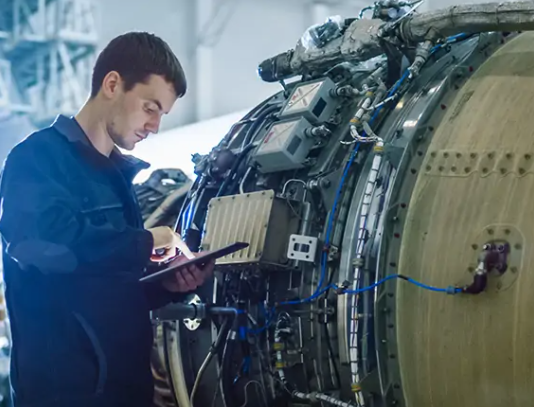 The different types of preventive maintenance:

The different types of preventive maintenance: